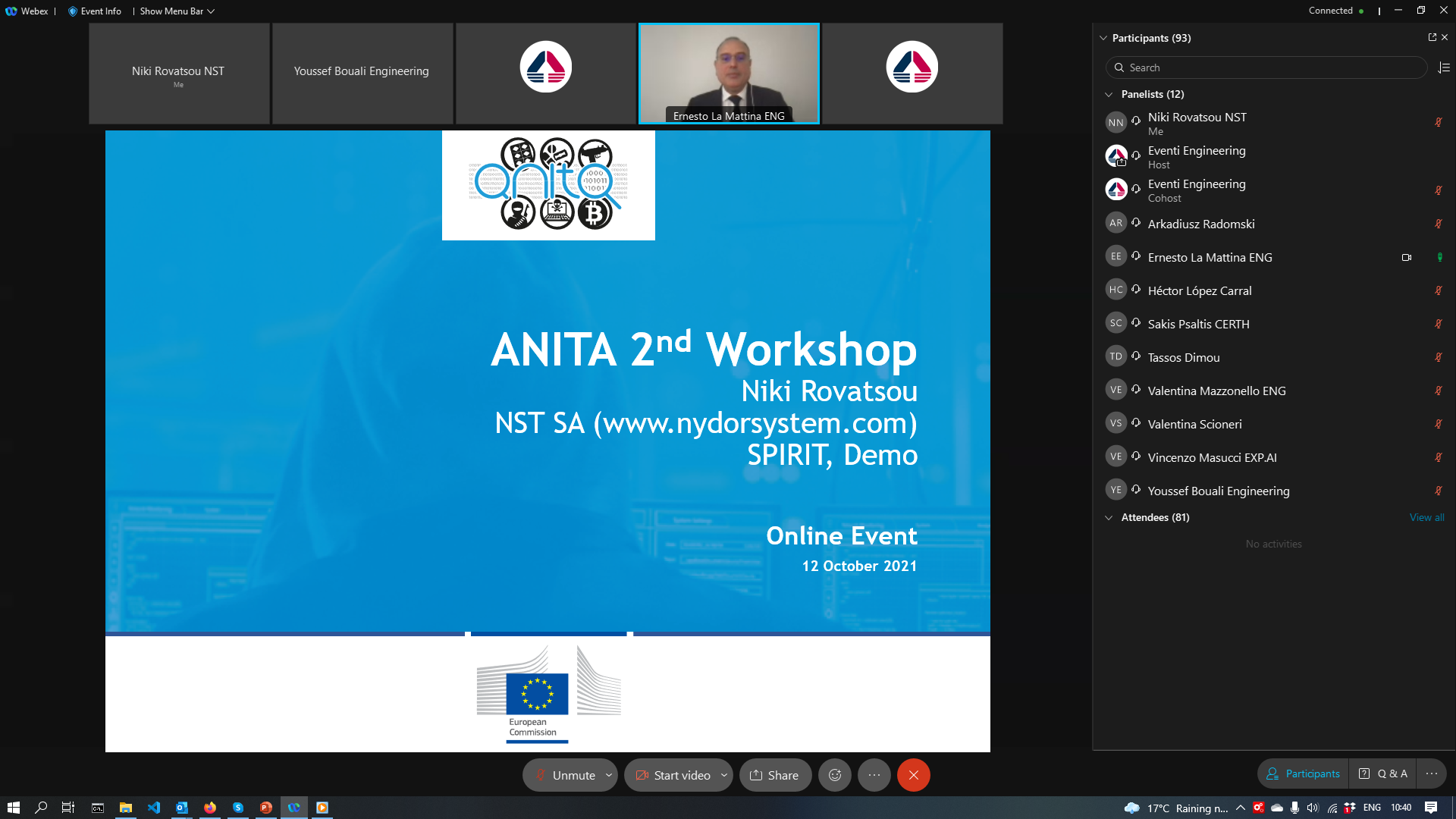 SPIRIT participated in the final event/workshop of ANITA sister project, presenting a short demonstration of the SPIRIT technologies. 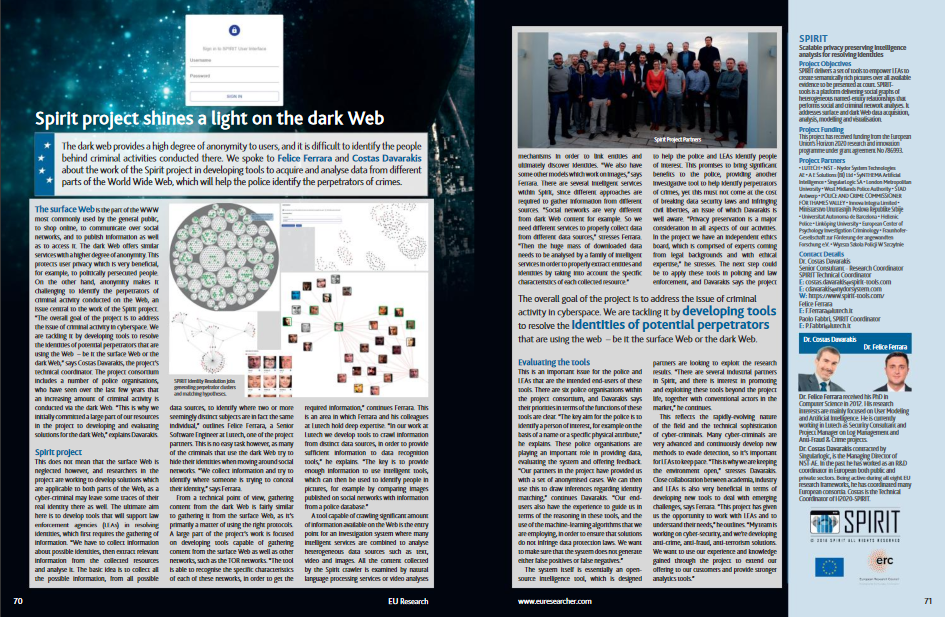 SPIRIT PROJECT SHINES A LIGHT ON THE DARK WEB

Paper: A Rule and Graph- Based Approach for Targeted Identity Resolution on Policing Data

Michael Phillips, Hassan B. Kazemian from London Metropolitan University, partners of SPIRIT project and Mohammad Hossein Amirhosseini from University of East London, presented the paper "A Rule and Graph-Based Approach for Targeted Identity Resolution on Policing Data", at the 2020 IEEE Symposium Series on Computational Intelligence (SSCI), that took place in Canberra, Australia.

In criminal records, intentional manipulation of data is prevalent to create ambiguous identity and mislead authorities. Registering data electronically can result in misspelled data, variations in naming order, case sensitive data and inconsistencies in abbreviations and terminology. Therefore, trying to obtain the true identity (or identities) of a suspect can be a challenge for law enforcement agencies. We have developed a targeted approach to identity resolution which uses a rule-based scoring system on physical and official identity attributes and a graph-based analysis on social identity attributes to interrogate policing data and resolve whether a specific target is using multiple identities. The approach has been tested on an anonymized policing dataset, used in the SPIRIT project, funded by the European Union’s Horizon 2020. The dataset contains four ‘known’ identities using a total of five false identities. 23 targets were inputted into the methodology with no knowledge of how many or which had false identities. The rule-based scoring system ranked four of the five false identities with the joint highest score for the relevant target name with the remaining false identity holding the joint second highest score for its target. Moreover, when using graph analysis, 51 suspected false identities were found for the 23 targets with four of the five false identities linked through the crimes they had been involved in. Therefore, an identity resolution approach using both a rule-based scoring system and graph analysis, could be effective in facilitating the investigation process for law enforcement agencies and assisting them in finding criminals using false identities.

SPIRIT on the ‘Be Secure - Feel Secure’ Workshop, organised by the City of Piraeus and the Hellenic Police on July 15th, 2020

On July 15th 2020, SPIRIT presented the second Year prototype platform at the UIA ‘Be Secure - Feel Secure’ Workshop, which was organised by The City of Piraeus and the Hellenic Police. It was a conventional workshop after a long time due to COVID-19 restrictions

The SPIRIT project will take a novel approach in the development, testing, training and evaluation of a new scalable privacy preserving intelligence analysis for resolving identities system prototype.